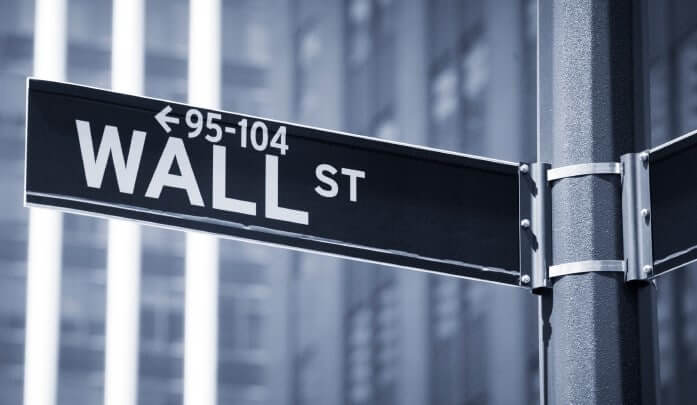 President-elect Donald Trump hinted during his campaign that he may repeal or roll-back the Dodd-Frank Wall Street Reform and Consumer Protection Act. This helped boost financial stocks higher, even though it remains unclear what actions Trump will take once he assumes control of the White House.

However, big banks have a surprising message for President-elect Donald Trump: Don’t trash the Dodd-Frank Act.

Common logic dictates that big banks are held back under Dodd-Frank, and to an extent, they were. For instance, banks were forced to exit several business segments including proprietary trading and changing their corporate structures to make their business models safer for clients. After more than five years and hundreds of millions of dollars already spent to adapt to the new regulations, big banks are unlikely willing to throw all of this out the window and just to start over again.

Bankers, lawyers and consultants agree any big rollback in rule-making could take several years to implement and may introduce more costs.

What Banks are Proposing Instead

Dodd-Frank, the legislation passed in 2010 that imposed new constraints on banks and created new agencies like the Consumer Financial Protection Bureau. A proposal that would effectively replace Dodd-Frank, by Rep. Jeb Hensarling, the Republican chairman of the House Financial Services Committee, has gained momentum since the election.

The Trump team has talked about dismantling the law, although it has yet to state clearly whether this would involve a complete repeal of Dodd-Frank. Bank stocks have climbed about 20% since the election, partly on the belief President-elect Donald Trump in some way will lighten banks’ regulatory load.

While banks favor a reigning in of regulation, they tend to think in practical terms. The heart of their message seems to be make regulation simpler and less costly, but don’t return banking to the unregulated days before the financial crisis.

Banks have spent six years and hundreds of millions of dollars to adapt to the new landscape. This has caused them to exit businesses such as proprietary trading, reign their corporate structures to make them safer and focus more on clients’ needs. While getting rid of Dodd-Frank would seem to liberate banks, starting with a new regulatory playbook would upset their new business models and divert management.

Banks acknowledge benefits to the new rules, noting they have helped improve the way firms manage risks and view their businesses. U.S. bankers have also said that having been forced to hold more capital, and build it quickly after the financial crisis, made their firms far stronger than their peers across the pond. But there are a few aspects of regulations that big banks do want to see changed:

Stress Tests — These annual exercises conducted by the Federal Reserve have become extremely important because they govern the amount of capital banks can return to shareholders, either through buybacks or dividends.

Banks want these to be based more on objective criteria and they want to have a clearer view into the testing process and the Fed’s decision-making. And they should take less time and money to comply with.

Volcker Rule — Banks say they aren’t eager to get back into the business of speculating on market moves using their own balance sheets. But they want the process around the Volcker Rule to be less taxing and administered by fewer than five agencies. Changes in this area could make it easier to make markets and improve liquidity, likely benefiting investors and other issuers.

Capital and Liquidity — Banks say there are so many new rules relating to so many areas of their balance sheets that they run the risk of working against each other. Yet it isn’t clear when enough capital really is enough. Differences between rules about how much capital a bank must hold and the amount of liquid assets a firm has to keep on hand hampers lending.

Bankers would also like more clarity around how much capital is enough for banks. Regulators have applied various capital surcharges to the biggest banks and these can change as regulations evolve. For all that, bankers are taking a wait-and-see stance before making any big changes to their businesses.

Completely erasing the board and getting rid of the Dodd-Frank Act, as President-elect Donald Trump has suggested, would likely spell catastrophe for big banks and the lending market. Sure, Dodd-Frank has caused a few headaches in the banking world, but without it, our nation’s economy could tank again as it did in 2008 due to shady lending practices. Instead of proposing a complete overhaul of the regulations, banks have suggested a more pragmatic approach of changing some regulations under Dodd-Frank which would allow them to continue to manage risk, but still retain enough capital and improve liquidity. Only time will tell what changes will take place once the President-elect has been sworn into office.