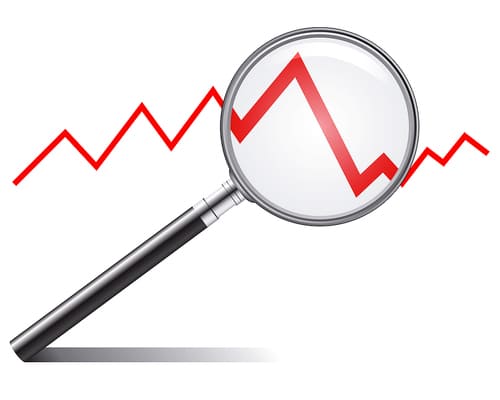 The National Federation of Independent Business (NFIB), an advocacy group that protects the rights of small businesses around the country, recently released two reports highlighting the deep and increasing concern of small business owners about government regulation. Concern over regulation is now topped only by the cost of health insurance, with 72% of small business owners saying regulations are a serious problem. The research also found that the biggest small business complaints included not just the actual costs of compliance, but also the time spent doing paperwork and figuring out new requirements.

These increased federal regulations threaten business owners with high compliance costs. Thankfully, alternative lending can help business owners pay down some of these costs without going under. These alternative lenders and banking institutions can get you financing so you can manage cash flow and ensure your business can continue to thrive and grow.

What it Means for Small Businesses and the U.S. Economy

The 2016 Small Business Problems and Priorities survey, published in August, found that “unreasonable government regulations” is the second-most critical concern facing small businesses, up from fifth in the last survey conducted in 2012. Federal agencies have implemented 229 major rules since 2009. That alone adds up to $107.7 billion increase in regulatory costs in just seven years time. In addition to that $107 billion in regulations, the Small Business Administration estimates that complying with government regulations costs our economy over $2 trillion per year. This may be a big reason why despite $5.1 trillion in tax cuts and deficits from 2009-2012, we have such little economic growth.
Regulatory costs put small businesses at a significant disadvantage. They don’t have lawyers or compliance officers like large corporations do. Therefore, they need to stay up to date on new regulation and rules by themselves, or pay someone to do it, which can be costly. Small businesses don’t have an unlimited supply of money to pay for new regulations, so they raise prices and cut salaries. For many businesses, it can be the difference between keeping the doors open or going out of business.

Uncertainty is at a 42 year high. The October Uncertainty Index rose from 86 to 88, which exceeded last August’s record breaking index. So what’s to blame for this rising uncertainty? Part of it is a carryover from the 2008 recession, but most experts blame a turbulent, unpredictable presidential campaign and an economy that can’t get out of slow-growth mode.
Uncertainty over economic conditions and uncertainty over government actions ranked fourth and sixth in the survey’s list of barriers to small business expansion. With all these existing regulations and small business owners being unable to predict how much worse regulatory red tape will get, it’s extremely difficult for small businesses to be able to grow.
This high level of uncertainty makes it difficult for small business owners to plan for the future. However, alternative lenders can take some of the uncertainty and stress that increased regulation is creating away.
Lenders provide small business owners with loans that have flexible requirements and terms so you can get approved and have the money to pay for increased regulation or other business costs. Affordable lines of credit can help business owners to feel confident about their ability to weather the future in an uncertain market.

Unfortunately, politicians fail to comprehend that it’s expensive to stay in business. Not only are businesses paying wages, but many other costs such as health insurance, local, state & federal taxes, and other benefits, on top of costly compliance with regulations.

There desperately needs to be an ongoing conversation of how to drive long-term economic growth while reducing regulation and compliance costs. With small businesses responsible for nearly half of all payrolls in this country, it should be very concerning to see that so many are close to the edge when it comes to their cash reserves. Add this to the fact that small businesses produce 46% of private gross domestic product, create approximately 60% of new jobs, and file about 14 times more patents per employee than large companies, and you have a rather dismal outlook. Nearly half of our economy is experiencing debilitating increases in regulation and record levels of uncertainty should signal the need for change. It’s imperative to focus on how we can help more small businesses succeed.