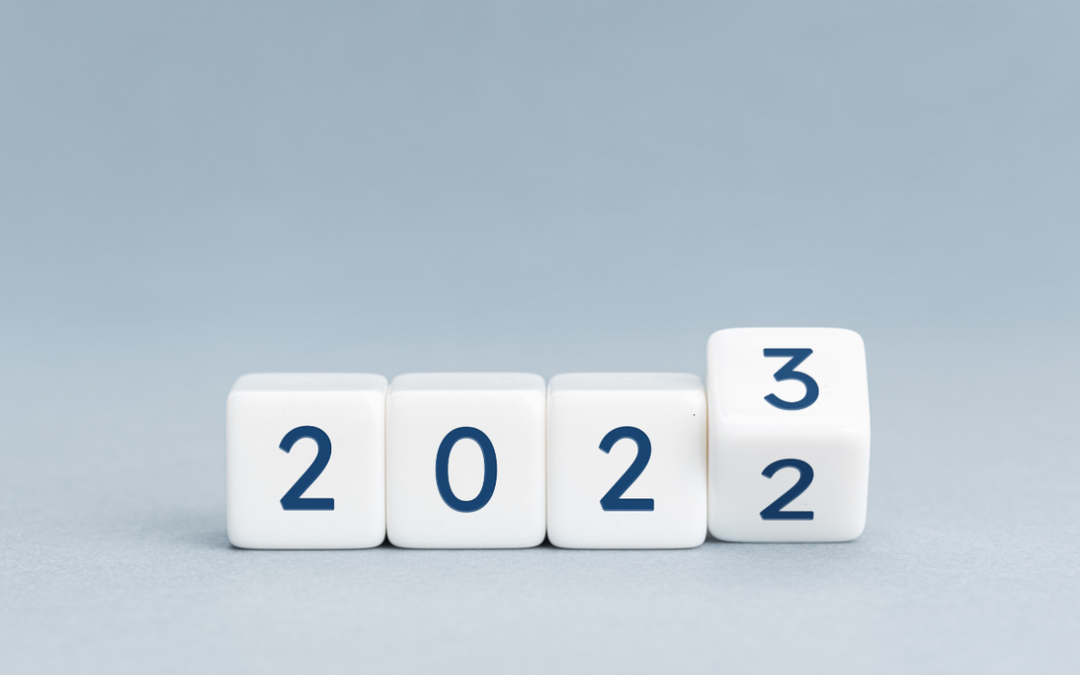 With 2022 quickly departing, it’s time to look ahead to what 2023 has in store. After the shock of the past few years, the economy is off to a shaky recovery with some predicting a looming recession. Global economic conditions are still somewhat uncertain as Russia’s invasion of Ukraine continues to cause tension. After midterms, politics are heating up as we head into the next major election season. That’s bound to cause waves as candidates on both sides of the isle jostle to make their mark on policy. So what can we expect in the next cycle? In this article, we’ll cover what to watch out for and how to prepare for 2023.

Employment rates are an important indicator of how healthy our economy is. Depending on how job rates change, the Fed will alter its monetary policy. Considered a lagging indicator, the job rate shows the effect that events have on the economy after they happen. When a recession has started, the unemployment rate will begin to rise. But when the economy recovers, unemployment rates slowly drop. When more people are jobless, fewer people are spending money. While the Fed doesn’t set employment rates, it uses them to inform interest rate decisions.

The jobs-workers gap is decreasing, but slowly. Wages are expected to increase next year as employers seek to retain and attract talent. While mass layoffs in the tech sector may seem alarming, they aren’t an indicator of what’s happening across sectors. It’s unclear whether or not the increase in wages will result in a boost in employment rates, however. Companies raising pay rates will have to adjust elsewhere – improved efficiency, increased production, and a focus on refining marginal revenue for the highest return. Some businesses will likely restructure.

If you thought the Fed was done raising interest rates, you were wrong. Following the six rate hikes in 2022, the trend is expected to continue into next year. Goldman Sachs predicts increases in February, March, and May up to 5.25% without cuts until well into 2024. If inflation heads downward in the next six months, the Fed should slow down on increasing rates. But expect a hawkish Fed throughout 2023.

What interest rates look like for next year depend on the level of inflation. That, in turn, depends partly on what happens overseas. Food and energy prices are closely linked to what happens in Ukraine. The energy sector will also be impacted by the severity of winter in Europe and countries that recently depended on access to Russian oil. In a more grim scenario, inflation pushes the national economy into a recession, forcing the Fed to raise rates even higher. That could end up damaging the economy. That’s not likely, though, according to Forbes Advisor.

There’s no economic crystal ball that can predict if the U.S. will hit a recession in 2023. Opinions differ wildly depending on who you ask. A recent article in the Economist has the doomsday title, Why a Global Recession is Inevitable in 2023 while another article in Business Insider lists 10 Reasons There Won’t Be a Recession in 2023. So it’s not easy to tell where we’re headed. However, it is wise to prepare for an economic downturn.

As you look toward the near future, it’s a good idea to reduce risk as much as possible. Make plans to cut spending and get rid of high-interest debt. Shift to long-term investments over short-term and diversify to stave off the effects of inflation where you can. The key takeaway is not to panic. There are steps you can take now to guard your business and yourself from being hit hard if we do encounter a recession.

The outlook for 2023 isn’t all doom and gloom although the next year will require closer attention to asset allocations. The US and Japan are expected to fare better than European markets. The energy and materials sectors are more steady than others, while the housing and rental markets appear to be stabilizing. Again, salaries are expected to increase, bringing more consumer spending power. Bloomberg predicts the highest salary increases since 2007 and WTW expects an overall increase to 4.6%.

Equity performance will be slow throughout the first two quarters of 2023. It’s a good idea to adopt a defensive stance as far as equities are concerned. Focus on liquidity. Fixed-income funds are looking good. Consider going with bonds over stocks to hedge against unpredictability in the stock market. The better diversified you are, the more prepared you’ll be if certain sectors see a downfall. Think long-term, stable investing overall. Of course, don’t take this article as investment advice. Speak with a professional before making your investment choices.

With the threat of recession looming, economists uncertain about the future, and a hawkish Fed, it’s natural to feel a little uneasy. What should you do now to get ready for the year ahead? How will your business weather the next twelve months? Here’s one simple answer: don’t do it alone. Take a proactive approach to the new year by getting together with your broker.

Working with a loan broker will increase your flexibility through working capital and other nimble financing solutions. To combat the coming interest rate hikes, consider refinancing higher-interest debt, locking in fixed-rate loan products, and accelerating debt paydown. Maneuver your creditworthiness to qualify for lower rate loans. Tap into tools like lines of credit and factoring to even out cash flow.

Those are just a few ways to get ready for 2023. Your broker will be able to tailor a plan suited to your unique business goals. When you know what you want, a broker can help you get it for less. Go into the new year with confidence when you’ve taken the time to speak to a broker and prepare your financial plan.